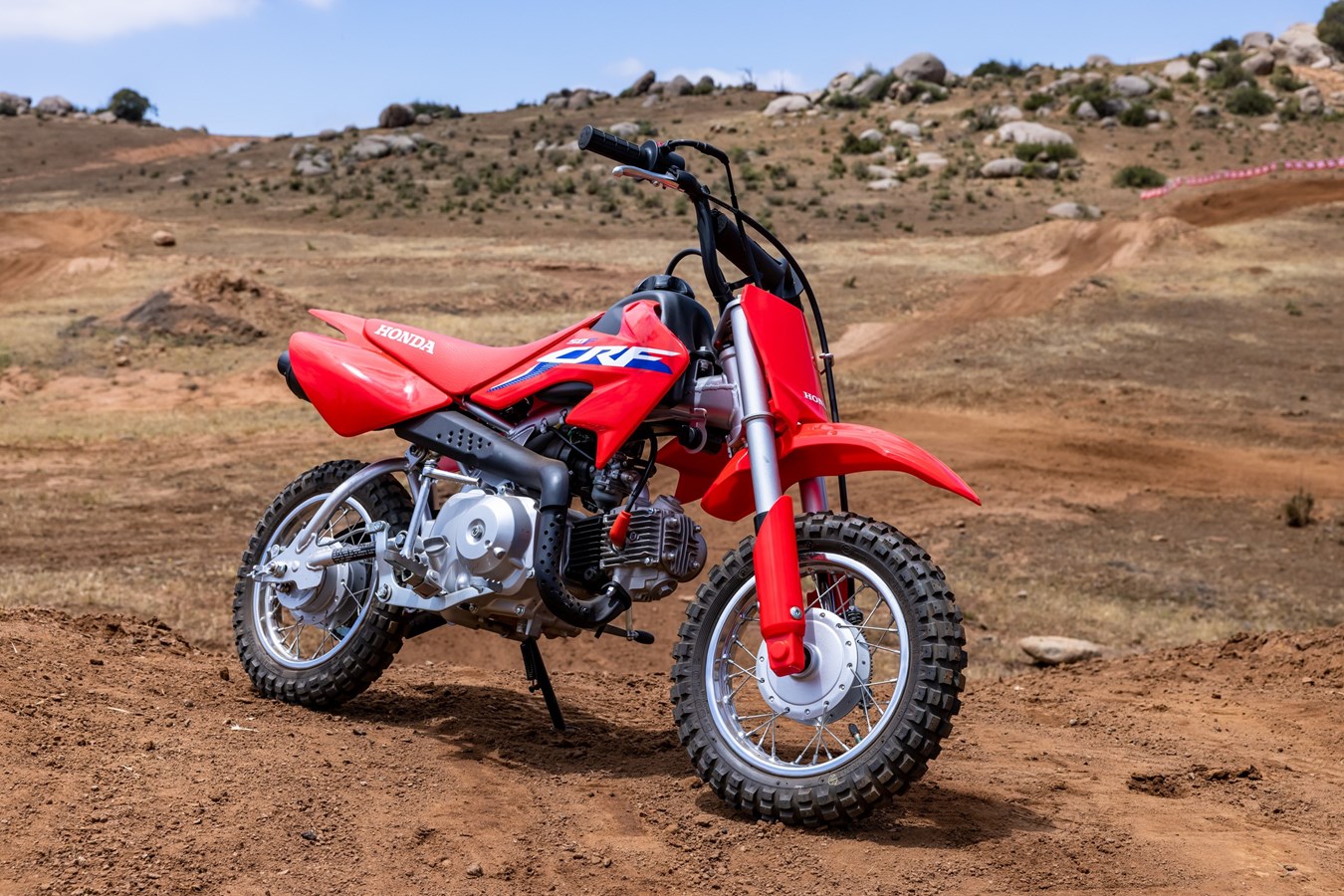 Following updates to the 22YM CRF450R and CRF450RX that saw both bikes receive suspension refinements to further build on their 21YM ground-up ‘Razor Sharp Cornering’ redesign, the 22YM CRF250R and CRF250RX inherit several of their bigger siblings’ recent technical advancements to make it easier for riders of all levels to go consistently faster for longer, lap after lap.

The 22YM models’ engines benefit from extensive revisions to both intake and exhaust efficiency, including a larger airbox, re-angled fuel injectors, revised valve timings, ‘straight down’ exhaust port and new lighter single exhaust. Drive is delivered via a new 9 plate clutch developed to improve both endurance and feel (with a lighter lever action) and the power is transmitted through revised gear ratios. The overall effect of the engine changes are a 10% improvement in top power and 15% more mid-range torque, enhancing both top speeds and low to mid range drive.

The new frame and swingarm as found on the current CRF450R, which has taken Tim Gajser to back-to-back MXGP Championships in 2019 and 2020, has its rigidity balance and geometry optimised and is supported by new re-valved Showa suspension to enhance cornering ability and handling.

All the bodywork is new. Designed with Computational Flow Dynamics, the radiator shrouds are now made from a single piece of plastic and feature a new lower vent to improve airflow to the radiator. The new seat is shorter, lighter and 10mm lower at the rear to improve rider freedom and movement.

The 22YM CRF250RX benefits from all the same updates as its motocross sibling, but features a unique ECU fuel injection mapping for improved enduro performance, an 8L plastic fuel tank, instead of the CRF250R’s 6.3L titanium tank, a forged aluminium sidestand and the inclusion of new knuckle guards as standard.